Your Swimming Pool Help
Home How-To & Tips Chlorine or bromine, which is better in a pool or spa? 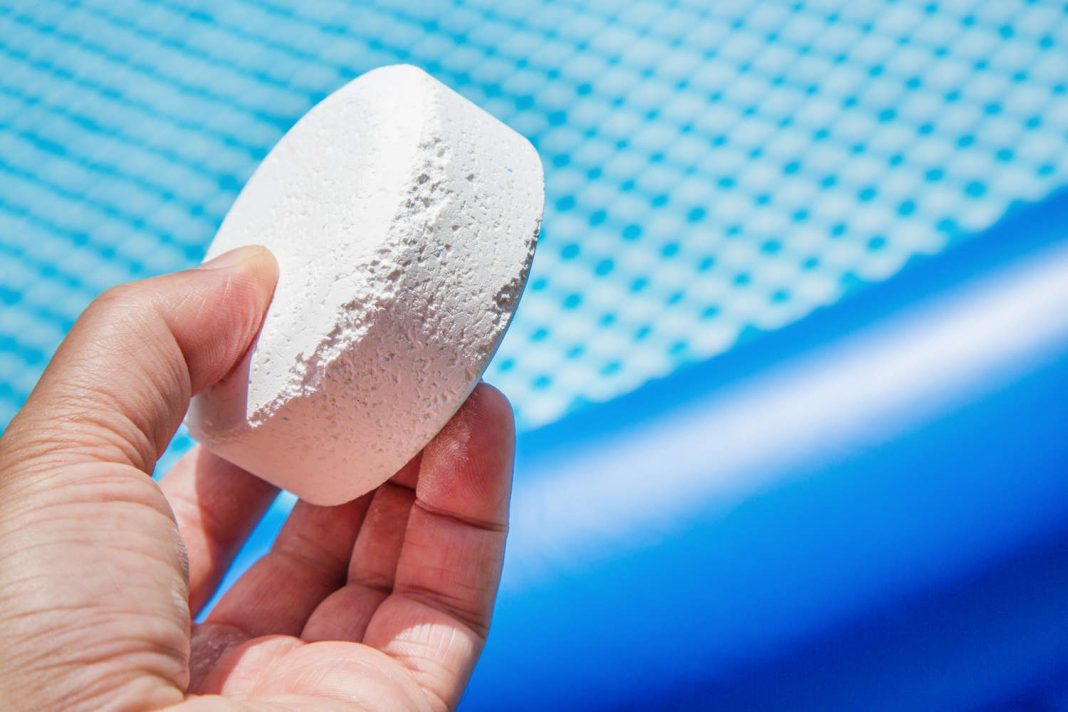 We get this question a lot:

To be honest either will work in a spa or a pool but to be more specific, Bromine works better at higher temperatures than chlorine. Above 75°F, bromine remains stable, whereas chlorine is more effective in temperatures as low as 65°F. This makes bromine a better choice for hot tubs and spas, and an unheated pool will be better served by the use of Chlorine.

What are the differences between chlorine & bromine?

“Chlorine and Bromine are both chemicals that are situated very near each other on the Periodic Table of Elements. As Halogens, they can be very dangerous in their elemental state. Luckily, the versions we use to clean our pools and spas are actually chemical compounds.” Says Lewis of Poolonomics

Chlorine dissolves and begins sanitizing the water rather quickly.

Chlorine tablets or sticks can be used in floating dispensers, in line or offline chlorine feeders, or placed directly in the skimmer basket, though this is not recommended. Granular chlorine can be pre-dissolved in a bucket of water and poured around the pool.

Chlorine (Cl) oxidizes water contaminants, destroying bacteria from the inside out. As it works, chlorine dissipates and turns into a waste product called chloramines, which is what you smell around the pool.

Bromine chemical reactions can take a bit longer than chlorine.

Bromine is available in 1” tablets and should be used in a feeder, floating dispenser or placed in your skimmer basket as they take longer to dissolve. Bromine tablets dissolve best as water rushes over them through a bromine feeder.

Bromine (Br) ionizes water contaminants, reversing the polarity of their chemical bonds. A good amount of bromine remains active and working, even after combining with contaminants., that is why some say bromine is a “more stabilized” sanitation method.

“Bromine” isn’t true bromine, but the name is used to describe any chemical that releases hypobromous acid into the water.”

Which is better for me, chlorine or bromine?

So if you have a big pool we would suggest to use chlorine but if it’s a small pool or a spa bromine would be a solution for those who are irritated by chlorine.

Specific requirements or preferences may allow of choice of one over the other. If you routinely forget to add sanitizer and test your pool water, then chlorine may be the best choice because it is easier to quickly raise or lower the chlorine levels in your pool. Those with very sensitive skin, eyes or nose may prefer bromine over chlorine.

Bromine vs. Chlorine for Indoor Pools?

Indoor pools that receive little sunlight, Bromine is usually preferred or recommended. The reason for this is that bromamines (compounds of bromine and organics that naturally occur), do not gas-off the surface like chloramines. This helps reduce the smell and eye irritation from a pool being indoors.

“It’s an educational barrier, however, that often leads to the selection of chlorine as the sanitizer for a new indoor pool without the consideration of the benefits of bromine.”

Cost of chlorine vs bromine

Standard one-inch tablets cost about $70 for chlorine and about $75 for bromine, making chlorine the cheaper option. This difference may not seem like much, but over time it adds up to a considerable amount. The good news for bromine users is that it tends to hang around in the water longer and work in smaller doses, so they may not use as much of it over time, erasing chlorine’s cost advantage.

When buying bromine that usually comes in smaller amounts because typically used for spas or very small pools and could be used for above ground pools so if cost is an issue chlorine might be the more cost-effective option.

Most common ways to sanitize a swimming pool: 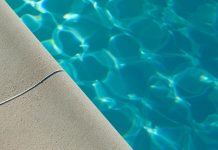 6 more tips for a ready pool 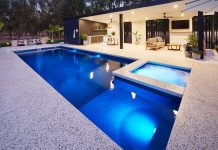 Get a Pool! Lifestyle 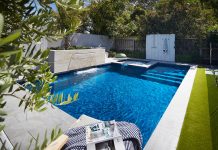 Get a Pool! Lifestyle

10 Tips for buying a new pool 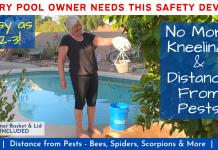 How to clean pool skimmers without kneeling down 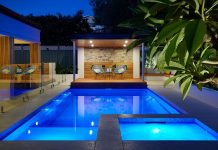 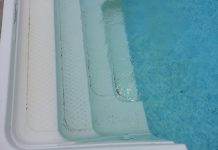 Why does sand go into the pool after backwashing? 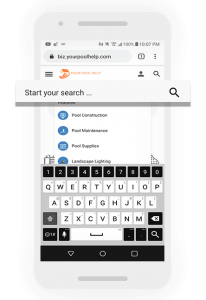 Find a pool company near me 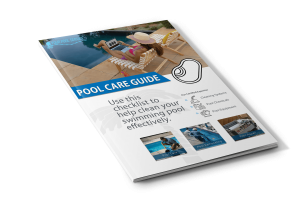 Deep on which end of the pool?

Does your pool have hidden damages?